Day 5 was our "lets try to do something very San Francisco-y" since it's our last full day!  What's more San Francisco-y than biking through the neighborhoods of the city and on across the Golden Gate Bridge... and then going to a Giants baseball game?!

Bike riding was something I had been advocating for the entire trip after I found that you could rent bikes in San Fran.  Nic was also gung-ho about it until he realized that San Fran is made out of steep hills.  But I wouldn't take no for an answer; I wanted to go for a bike ride!  And about 5 minutes into our ride, as my thighs were trembling, my butt was sore and we were all sweaty, I was beginning to rethink my idea.  But there was no turning back... off to the Golden Gate Bridge!  Yes, we had to stop a couple of times to look at our map; and yes, I took no shame in walking my bike up one or two of those hills, but when we made it to the bridge, a huge rush of excitement and accomplishment came over us!  It was breathtaking!


Beware:  the next several photos feature a girl with a really large head wearing a really small helmet.  :) 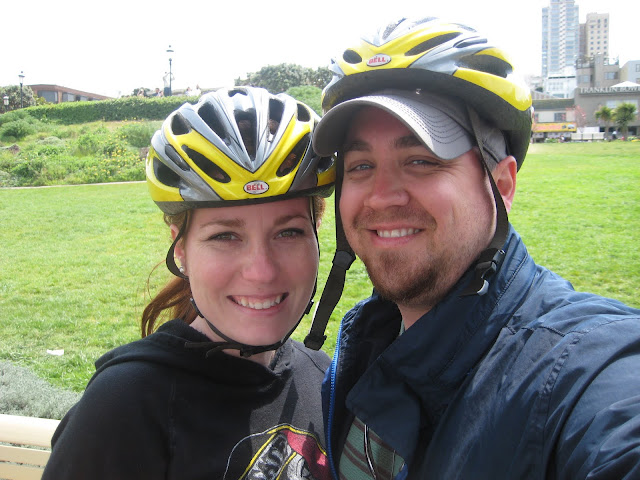 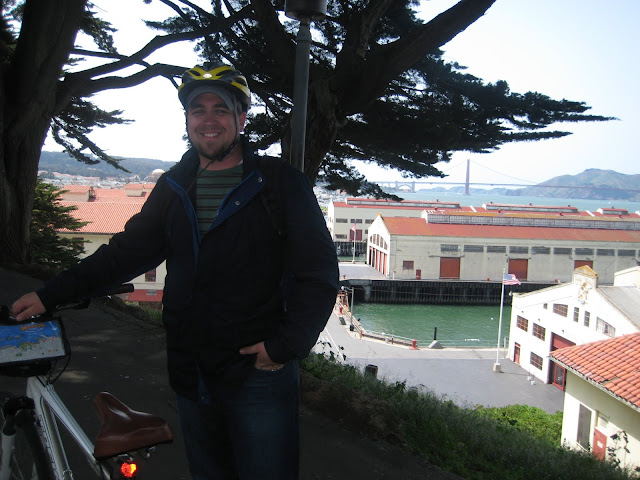 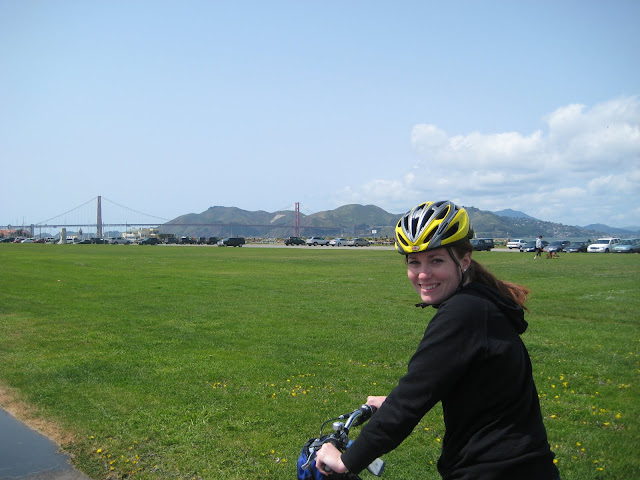 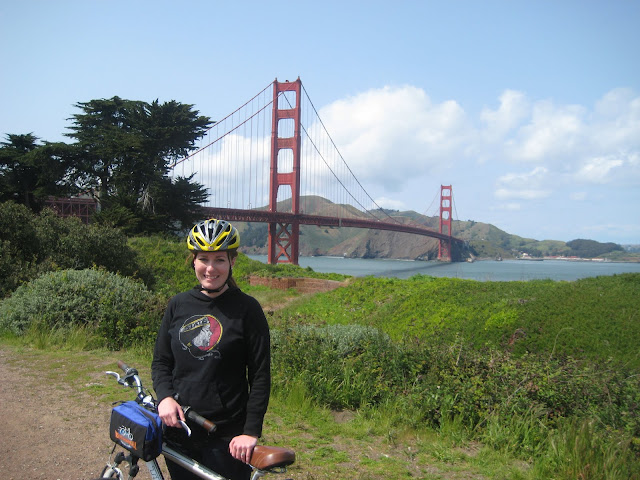 Fun facts about the Golden Gate Bridge (that we learned on our oh-so-informative bus tour)... 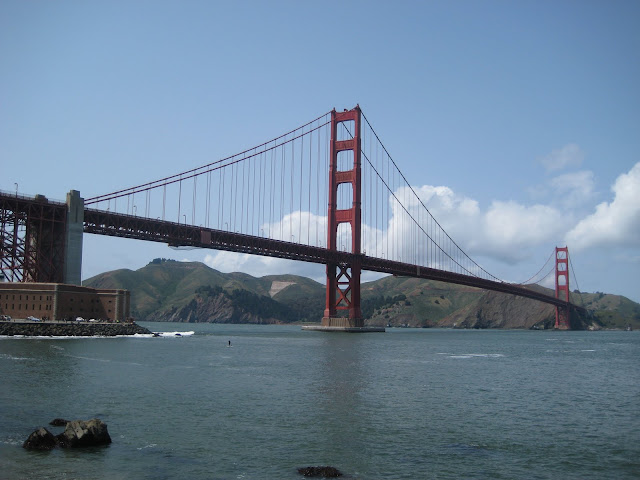 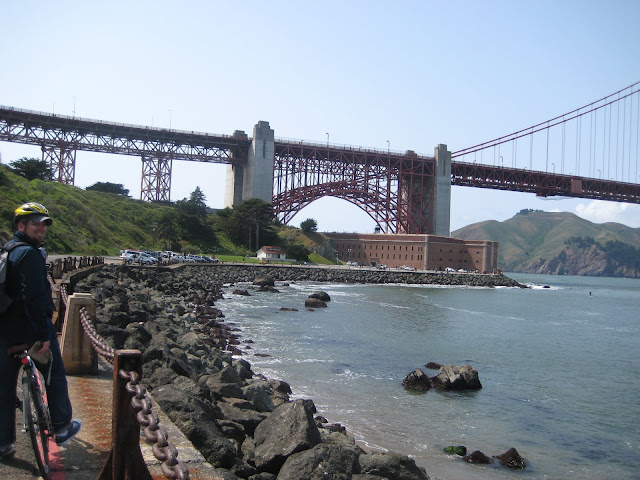 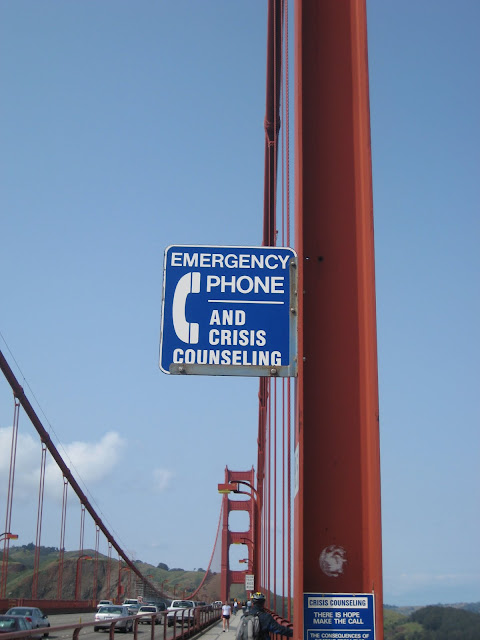 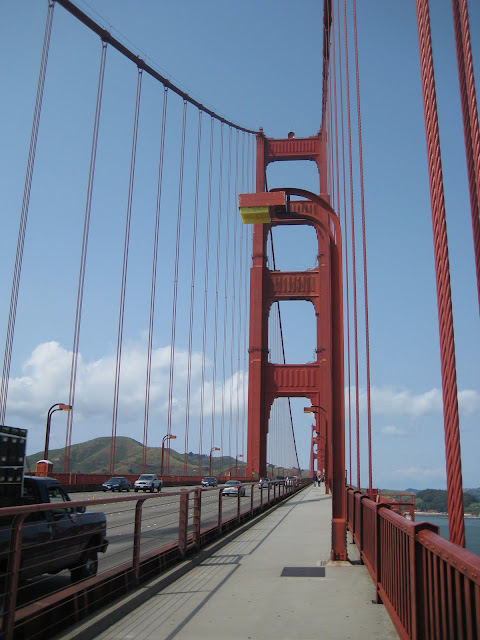 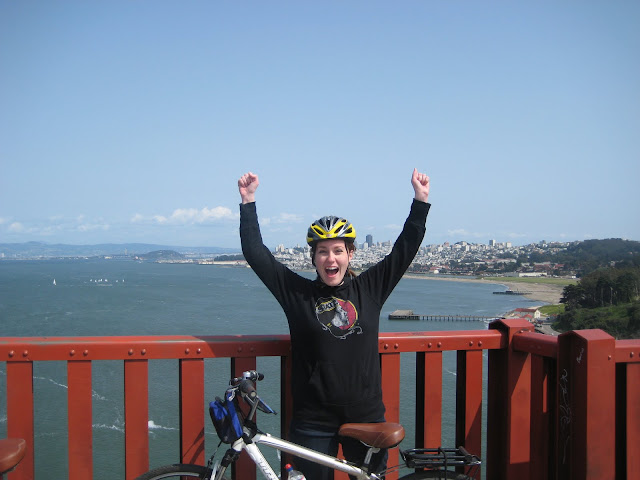 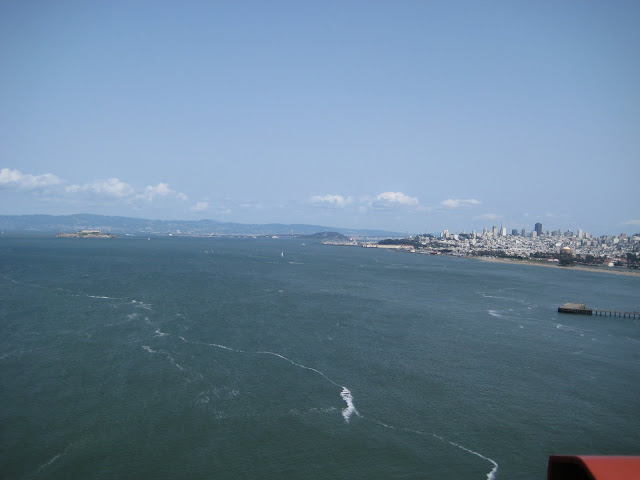 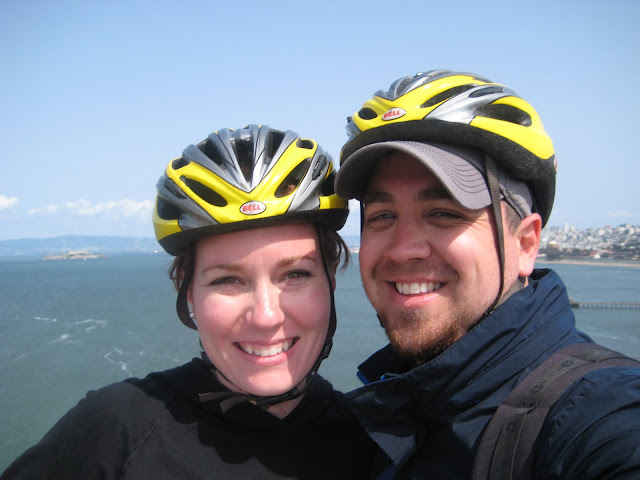 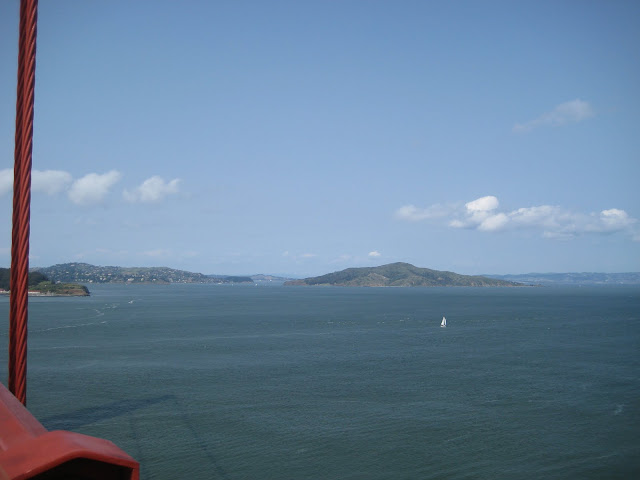 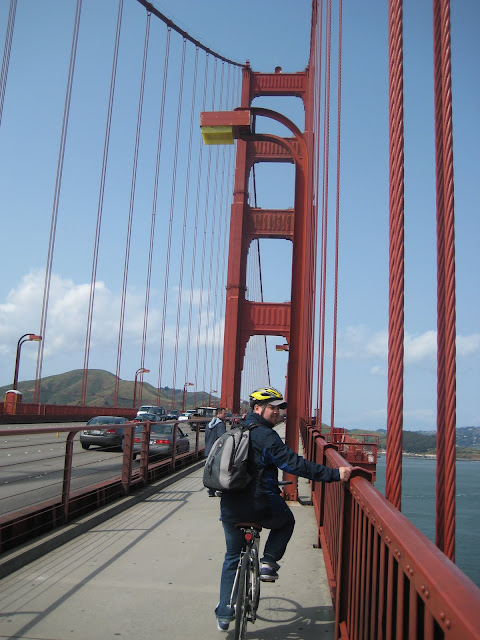 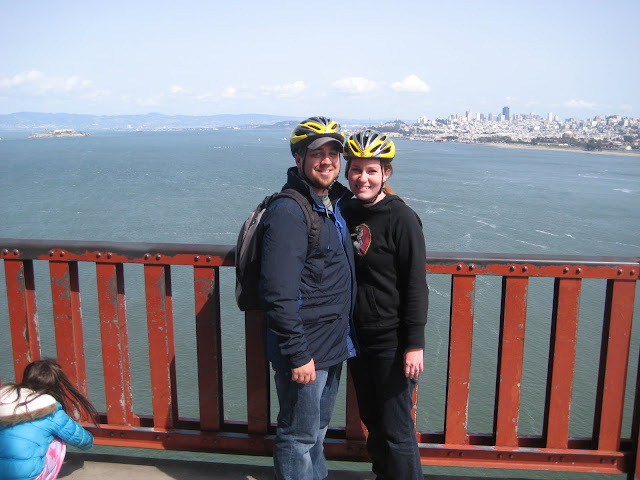 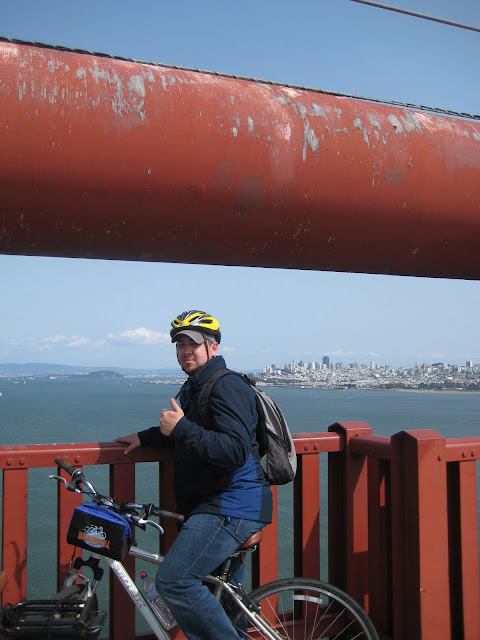 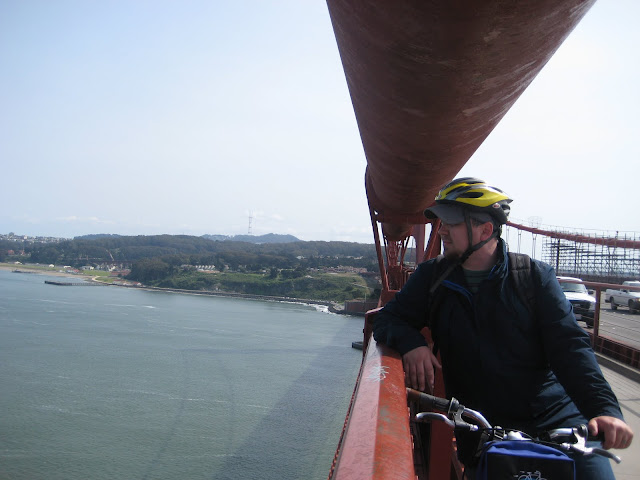 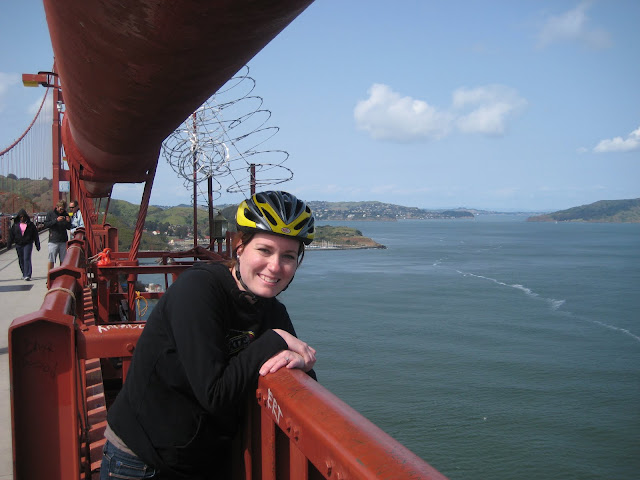 That evening after we recovered from our bike ride, we put on our Giants gear.  We no longer felt like tourists... we were true San Fran locals (or at least that's what we told ourselves).  We had never been to a professional baseball game before.  Those Giants fans are hard core!  We played along and had an absolute blast.  It was the perfect way to end our vacation! 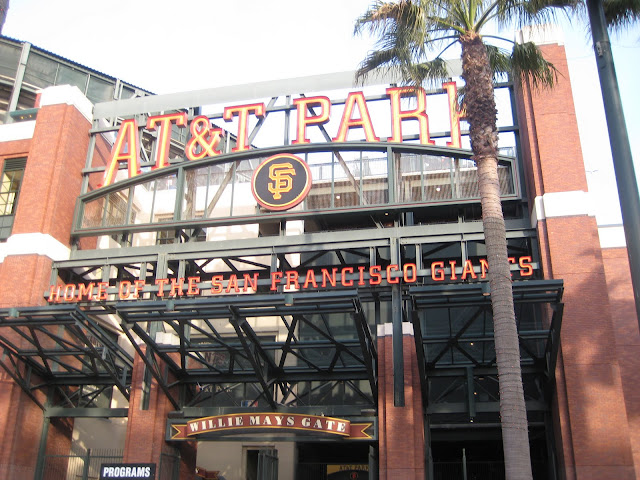 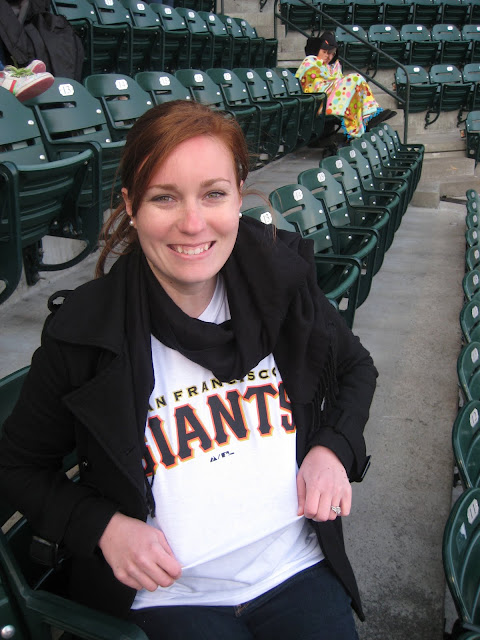 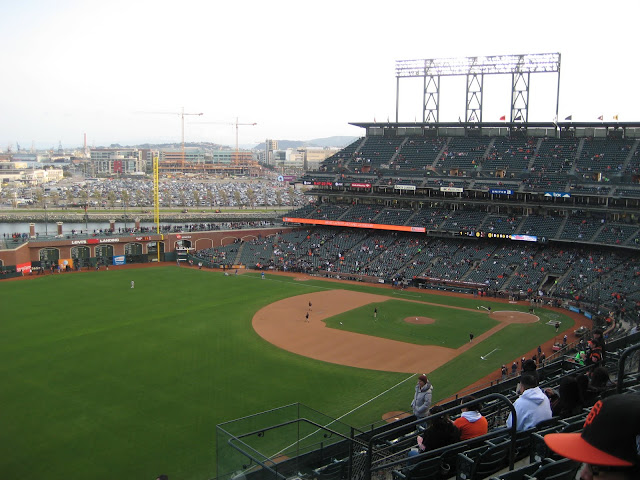 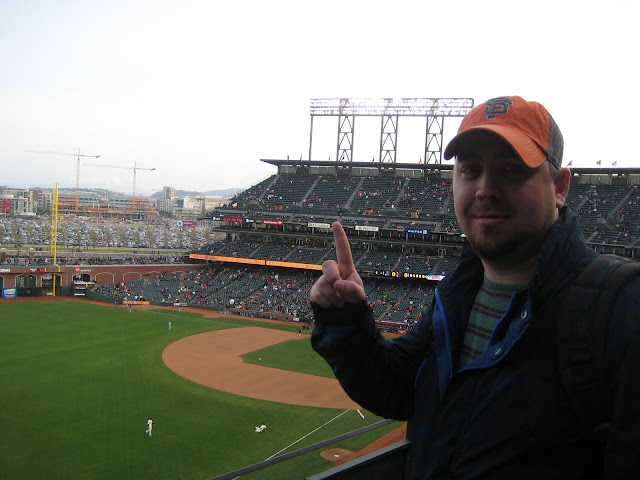 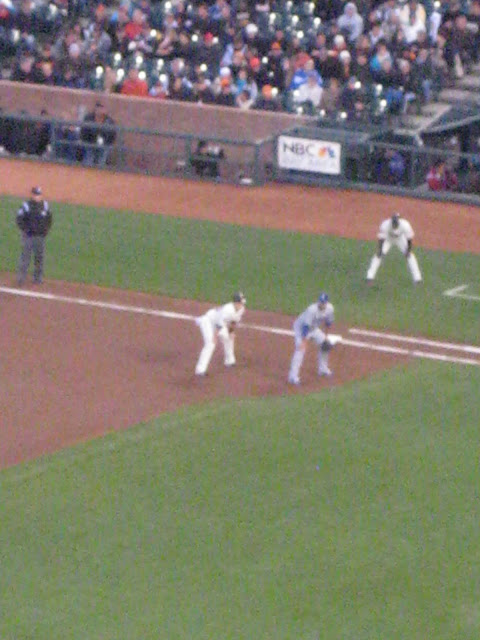 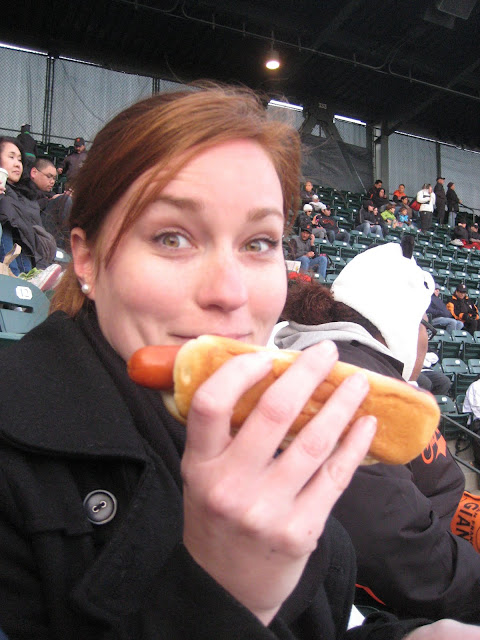 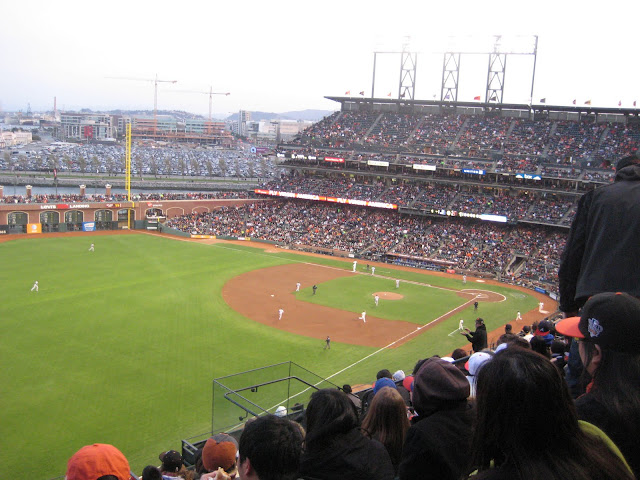 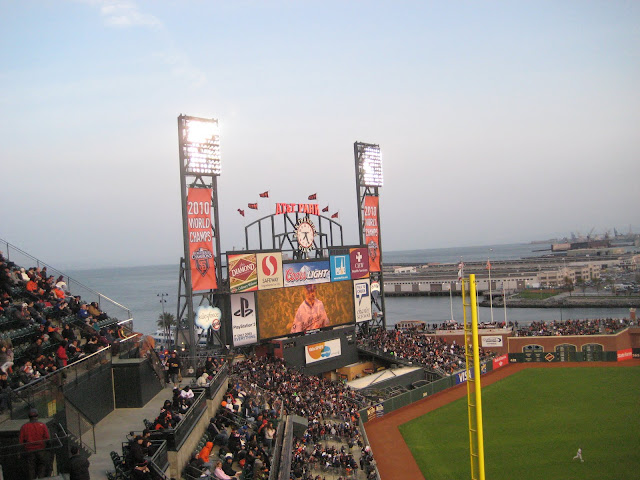 Day 6
Time to go home.  :(  This was one of the best vacations ever.  San Francisco is a gorgeous city, and we will cherish the memories we made there.  Hopefully one day we will go back.  Nic is ready to plan our next vacation... hmmm, where should we go next? 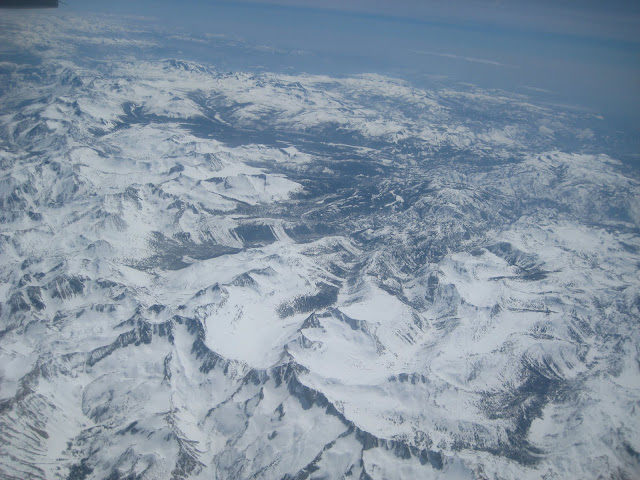 I woke up from a nap and saw this out of our plane window.  gorgeous!! 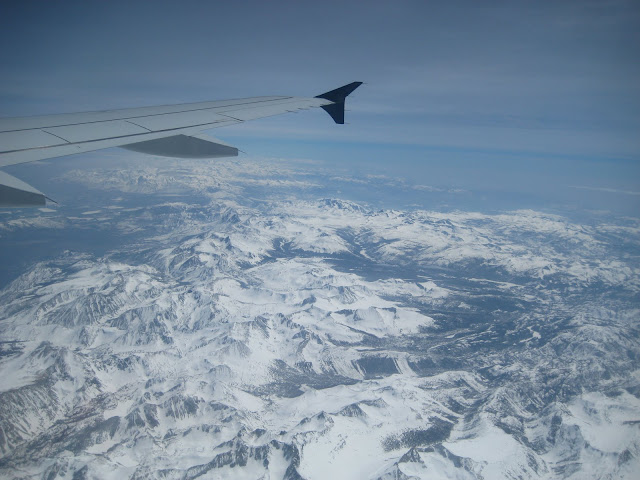