I really can't believe how fast the time is passing by.  I've gotten a little behind on my blogging, but I have a lot to fill you in on in the coming days.

First, I wanted to give you a Bowden update.

Bowden had his man-parts (and a few teeth) removed about a month ago, and it's safe to say he is back to normal.  He was quite drugged when we brought him home, and pranced around with his sad puppy-dog eyes, milking it for all it's worth. 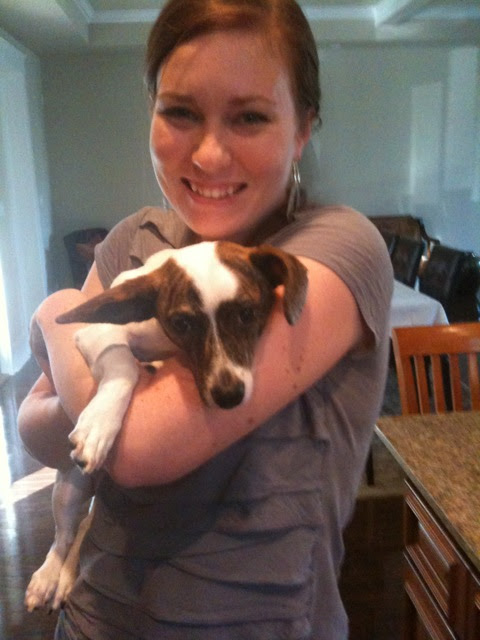 Poor little guy had no idea what had just happened to him.
He stumbled around like he was drunk (which was too cute).  And he did a whole lot of sleeping (which also meant he was a great little snuggle buddy). 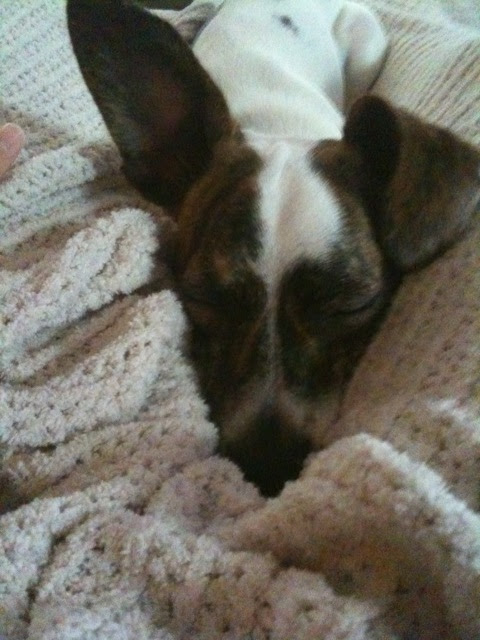 Even when he's sound asleep he manages to pop that right ear straight up in the air.
But in just a few days he was playing and getting into trouble like his old self.  We have continued to take him to Doggie Dayz, and his behavior is continuing to improve.  He has gotten so much more comfortable around strangers, and he is slowly learning how to play with other dogs.  We are proud parents.  :)

Funny story:  A few weeks ago we got, or I should say, Bowden got this in the mail from my Grandma.  We laughed out loud when we saw that the package was written out to Bowden. 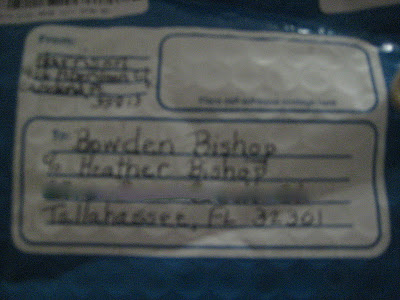 It was his very first FSU shirt.  And surprisingly he loved it!  He sure did ham it up for the camera too! 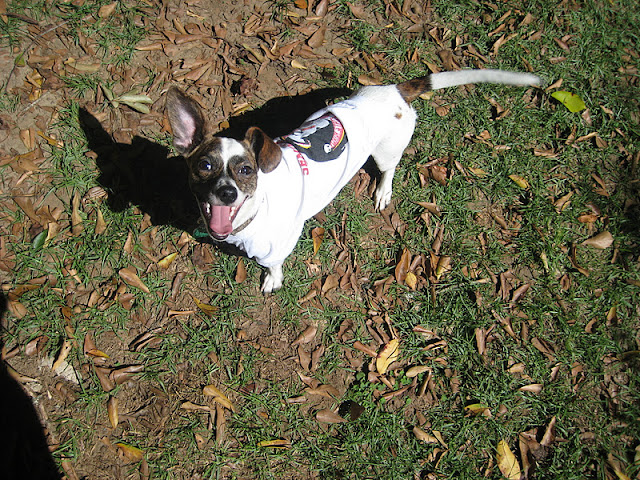 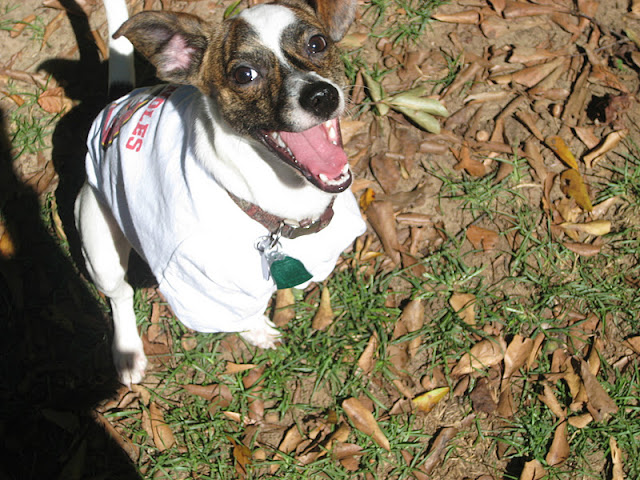 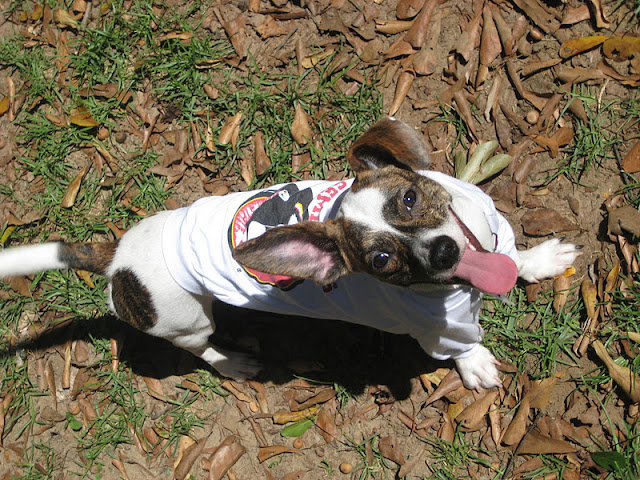 Okay, okay, I'll shut up now.  I'm bragging way too much about my pet (although he is the cutest little pup ever).  :)
Posted by Heather Bishop at 5:11 PM